PPUF encourages your attendance at the wonderful Lift the Cap on Kids Cap and Mittens Event to be held at the MA State House Members Lounge on Thursday, October 26, 2017 from 11:30am-12:30pm.  This worthy event brings into sharp relief the burdensome ‘Family Cap’, which imposes a strict reduction in welfare benefits for the most vulnerable, children. Join us in protesting this severe restriction fortified with caps and mittens to benefit low-income families and to ‘lift the cap’ on the sweetest among us!! 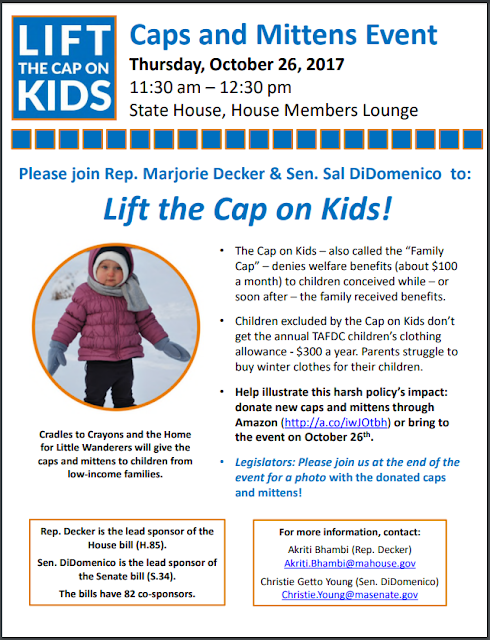 Posted by PPUF Voices at 9:30 AM No comments:
Email ThisBlogThis!Share to TwitterShare to FacebookShare to Pinterest


In his important, recent book, Evicted, Matthew Desmond provides a devastating appraisal of the U.S. housing crisis.  He follows eight families in Milwaukee as they move from one dilapidated apartment to the next, and then finally to homelessness. On average, tenants spend 60 or 70 percent of their income on housing, with little leftover for other expenses.  Inevitably they fall behind on rent, often resulting in an eviction.  After an eviction, landlords are less willing to accept tenants, forcing them into worse neighborhoods where landlords are less choosy and apartments in worse repair. Families find it even harder, with fewer landlords accepting children. Desmond found that one in eight renters in Milwaukee experienced at least one forced move.

The personal stories  Desmond relates are filled with misfortune, often stretching back generations, misfortune fueled by poverty.  Through the stories Desmond ably conveys the stress of facing homelessness and hunger, the sadness of not being able to give your children what they need, as well as the incredible resilience and often resourcefulness that his subjects demonstrate. As Desmond points out in the conclusion, home gives us our sense of safety and well-being. For most of us in stable housing, it is a refuge from the rebuffs of society. It is where we find community, have time with our children, heal from the rebuffs of daily life.  When your housing keeps changing or is taken from you, it is a traumatic experience, sometimes resulting in your furniture being piled on a sidewalk outside. It can mean sudden changes in your children’s schooling, food stamps not being sent to the correct address,  and  of the community supports that are found in a stable neighborhood.

We already know these stories, but Desmond focuses our attention on how the private housing market, with its often exploitative rents, has become a key factor in families’ slide into extreme poverty. At times he argues that it is the central cause: he states that the problems endemic to poverty “…stem from the lack of affordable housing in our cities.” (333) This overstates what he has shown, but still he is making an important point, backed up by the eight tenants he follows and the statistical evidence he presents.

Equally important, although he paints a grim picture of eviction, he does not view the problem as hopeless. He argues in the conclusion that the suffering he has pictured throughout the book is unnecessary.. One of the biggest problems to a solution, according to Desmond, is the exploitative rental practices in the private housing market. Apartment prices are often increased in areas where tenants have little choice, and since housing is scarce in many cities, landlords can charge what they want. Desmond suggests that the solution does not reside in more public housing, but in making available a housing voucher for any poor family. He suggests ways to monitor its use, so that neither tenant nor landlord can use it exploitatively. He also argues for legal representation for any poor tenant facing eviction.  A legal program in the South Bronx for poor families that ran from 2005-8 prevented eviction in 86% of the cases (1300 altogether.) It cost $450.000. but saved the city more than $700,000 in estimated shelter costs.. Solutions are possible, but they depend on our acceptance of housing as a basic right and a public willingness to bear the cost.
.
In his final section, “About this project,” Desmond addresses some of the problems and challenges of doing this sort of ethnographic work. He raises the question of his exploitation of those he has interviewed, though he does not address it fully, beyond expressing his gratitude and guilt and detailing a few ways he tried to help those whose lives he was documenting.  He does not discuss the ethical issues he confronted, leaving me wondering about them. What sort of permission did he obtain from each of them? Did he show what he had written to them before he published it? What sort of responsibility does he feel towards them now? I wish he had said more in answer to these questions.

The book is an important one, and his affection for those he interviewed shines through, as well as his outrage that so many in our society are forced to live this way. Read it.
Posted by PPUF Voices at 3:40 AM No comments:
Email ThisBlogThis!Share to TwitterShare to FacebookShare to Pinterest

PPUF  has been part of a National Coalition to Fight the $8 Billion in Medicaid cuts in the Congressional Health Care bill since last January.  The bill would change Medicaid into a state block grant much like the Welfare Block grant in 1996.  By 2026 Medicaid would be swiftly disappearing as an entitlement program as Welfare has by now virtually disappeared.(See PPUF video, the danger of Block Grants)

Because cuts to Medicaid will hurt poor people. the elderly and disabled, PPUF has been attending frequent webinars with The Center for Budget and Policy Priorities CBPP to coordinate national strategy based on the proposed health care bill.  Protests have been organized around the country especially at town hall meetings.

Since Massachusetts has a solid delegation of Democrats against the Repeal and Replace Bill, we have supported our Republican Governor Charlie Baker on his work in the National Governors Association against this bill.

The strategy was to talk about that ALL states would be devastated by these catastrophic cuts.  It was a strategy that has so far kept congress from completing it's passage when it was expected to be finished in January.  There is one more possible chance of a vote in the Senate this week.  Whatever the outcome there are many back-up strategies to delay the bill until the August recess.

Posted by PPUF Voices at 5:21 AM No comments:
Email ThisBlogThis!Share to TwitterShare to FacebookShare to Pinterest


May 17, 2017- Women Telling MA Legislators
How The Cap on Kids Impacted Their Families 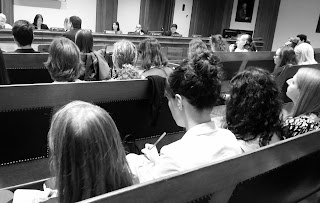 More Information on the CAP on Kids...

https://www.bostonglobe.com/metro/2017/05/13/welfare-cap-laughable-and-cruel/lztLIyF7rOq6PnKgP5P1AM/story.html
Posted by PPUF Voices at 7:42 AM No comments:
Email ThisBlogThis!Share to TwitterShare to FacebookShare to Pinterest

Bootstrap Documentaries has a series of videos that present people talking about what providing a basic income could do for us.
Here is a link to the first in the series. Check it out!

Posted by PPUF Voices at 7:03 AM No comments:
Email ThisBlogThis!Share to TwitterShare to FacebookShare to Pinterest

http://www.cbpp.org/blog/house-aca-repeal-bill-would-be-largest-robin-hood-in-reverse-transfer-in-modern-us-history
Posted by PPUF Voices at 8:42 AM No comments:
Email ThisBlogThis!Share to TwitterShare to FacebookShare to Pinterest 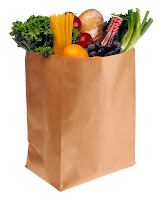 Get more info from Center on Budget and Policy Priorities at

http://www.cbpp.org/research/health/impact-of-affordable-care-act-repeal
Posted by PPUF Voices at 6:04 AM No comments:
Email ThisBlogThis!Share to TwitterShare to FacebookShare to Pinterest

"For the first time in its 42-year history, the American Housing Survey included questions on food security status, which allowed HUD to assign households a “food security status” score.  Using these categories, about 10.5 million occupied households were classified as having “low” or “very low” food security, which is commonly known as being “food insecure.” "

https://portal.hud.gov/hudportal/HUD?src=/press/press_releases_media_advisories/2016/HUDNo_16-178
Posted by PPUF Voices at 6:22 AM No comments:
Email ThisBlogThis!Share to TwitterShare to FacebookShare to Pinterest

Thought for the day...

"Social justice does not come from good intentions or noble theology, but rather from the development of social policy, which will change the distribution of power and goods, as well as access to political decision-making. Prophetic hope means that people like you and me can make a difference. And the pilgrimage of faith and the journey to justice must be made in the company of others. I personally believe that people are basically good and caring. I must believe that. But we have been sadly misinformed for too long by those who would divide us and make us alienated from each other. When we learn once again to stand together, in unity, we will arrive at a proper ethic and moral principle. "
(Kip Tiernan)
Posted by PPUF Voices at 4:54 AM No comments:
Email ThisBlogThis!Share to TwitterShare to FacebookShare to Pinterest

On January 21, 2017, we will unite in Boston to march in solidarity with communities most affected by the hate, intolerance and acts of violence being perpetrated throughout the nation -- among many are communities of women, immigrants, people of color, and people who identify as LGBTQIA and people with disabilities.


We stand for religious freedom, human rights, climate justice, racial justice, economic justice and reproductive justice. Together, we will send a message to our leaders and the world that the United States of America stands for values of human decency, equal rights and freedom from discrimination.

ALL ARE WELCOME. This is a march for all of us. Our goal is that on the day after the Inauguration, people from Massachusetts and hundreds of thousands of Americans from other cities, towns and schools across the nation will march together.

Please sign up on Facebook and share with all your friends and family.*If you know people interested in marching in other communities across the country, please refer them to our national page: https://www.facebook.com/wmfa2017/If you can: DONATE the money you would have spent going to DC- to non-profits and organizations that are working to better the lives of women and their allies.

Posted by PPUF Voices at 9:19 AM No comments:
Email ThisBlogThis!Share to TwitterShare to FacebookShare to Pinterest
Newer Posts Older Posts Home
Subscribe to: Posts (Atom)